Customer entitlement: the high price we all pay 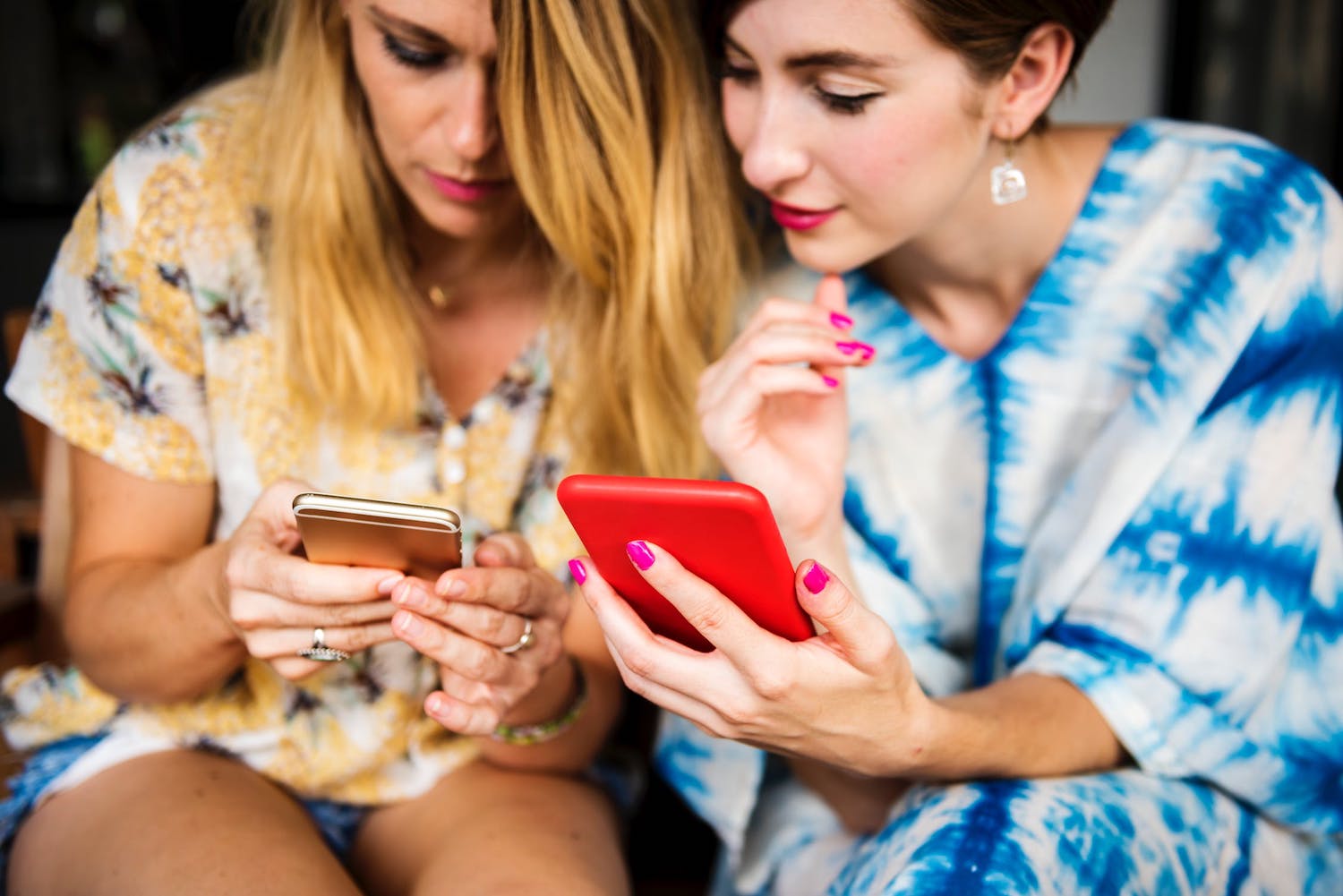 Every year, with the help of technology and data-driven insights, companies get better and better at creating personalized experiences designed to precisely suit customers. We want to give them exactly what they want because we believe it will make them happy and make them love us. Unfortunately, that’s not always the case. It turns out that giving people special treatment often backfires. Instead of being grateful and feeling pampered, they become angrier and more hostile. There’s a scientific reason for this: getting your way too often creates entitlement, and entitlement makes people miserable.

It’s generally not a marketer that has to deal with a demanding customer; instead, that job falls to a business’ customer service team. Obviously, it’s not their fault when someone is entitled, but a company’s focus on personalized treatment may be making that service interaction worse.

It turns out that giving people special treatment often backfires. Instead of being grateful and feeling pampered, they become angrier and more hostile.

Consider the countries that have been ranked globally as the happiest countries in the world: Norway, Finland, Denmark, and Iceland. One thing these countries have in common is a set of social norms called the Jante Laws, which say that no one is more special than anyone else. Far from making citizens unhappy, it seems to make them more resilient when they don’t get what they want.

Conversely, U.S. culture, especially American consumer culture, focuses a lot on making people feel special. After being treated like this in enough scenarios, people come to expect it. Then, when they don’t get their way, they’re upset. They feel like they have a right to act however they want towards others until they’re appeased—which winds up isolating the consumer and shaping their view of the world as “me against them.” Once they get their way, they calm down, but only until the next time they’re disappointed. This becomes a self-perpetuating cycle.

Researchers say this entitlement mentality is getting consistently worse. And no, it’s not just Millennials. Signs of feeling entitled include expecting rules that apply to others not to apply to you, a disregard for rules or policies that are intended for everyone’s comfort, and thinking it’s okay to upset or offend others.

There’s nothing wrong with wanting your burger to be made without pickles or choosing to leave Taylor Swift off your playlist—the problem comes when individuals want special treatment that costs society as a whole. Too often, we act in entitled ways without ever realizing we’re costing anyone.

Personalization at the cost of public infrastructure

It’s much easier to take a ride hailing service, like Uber or Lyft, which come to the spot where you’re standing and take you where you want to go in privacy than to schlep to a public transit stop and ride with a bunch of strangers. But in recent years, more and more cities have complained that these services cause traffic congestion and increased pollution while undermining public transportation systems that benefit the whole community.

For example, in New York City, the number of for-hire vehicles in the city has risen to more than 100,000. That’s up from about 63,000 in 2015. The increased congestion and carbon dioxide has led the city to cap the number of licenses available for cars for hire. Uber says its service actually reduces pollution and congestion, but a study by University of California Davis Institute of Transportation Studies, shows that that’s not the case. The study surveyed 4,000 riders in Boston, Chicago, Los Angeles, New York, the San Francisco Bay Area, Seattle, and Washington, D.C. between 2014 and 2016, and revealed that regular Uber customers aren’t replacing their own automobiles. These predominantly affluent, urban, college graduates use Uber to avoid having to park or drive while intoxicated—though arguably, avoiding drunk driving serves the public good.

Critics also argue that Uber is actively competing against public transportation systems—built for people across the socioeconomic spectrum—by underpricing trips. “Uber has begun offering shared rides for as little as $1, introduced optimized pickup points that algorithmically recreate bus stops, and started testing semi-autonomous vehicles it hopes will solve its increasingly contentious labour issues,” notes an article in The Guardian. The UC Davis study showed that, so far, Uber’s impact on public transit has been small, with a six percent reduction in bus use and three percent reduction in light rail usage. It’s other car-sharing services that have suffered the biggest blow from Uber’s success.

But the question is: What happens if that market share increases? Uber lost more than $3 billion in 2017 by operating most rides at a loss, presumably to gain more market share. It’s a business model used by other large tech startups, like Amazon, as they gain dominance—and a model that public transit systems can’t compete with. If the public systems lose routes or go under, the general public suffers—even Uber customers. During a recent Tube strike in London, Uber customers paid surge pricing of up to 500 percent.

Does your duck have a passport?

Another great—or terrible—example of customer entitlement at play comes from another mode of public transportation: airplanes. In 1986, Congress passed the Air Carrier Access Act, which allows people to take their animals on planes if they have been designated a necessary support to treat a medical condition. This might include anything from blindness to seizures to severe anxiety. Historically, it was rare to see an animal on a plane. But in recent years, thousands of people have begun paying for online certifications that claim they need their dog, cat, duck, or whatever in order to function. In 2011, a business called the National Service Animal Registry (NSAR), which sells certificates, vests, and badges for helper animals, signed up 2,400 service animals. In 2013, that number jumped to 11,000; and, as of 2018, it’s climbed to over 182,000.

It’s not so hard to understand why so many people have suddenly asserted that they need an Emotional Support or Therapy Animal. Companies like NSAR boast that with certification, customers can get their pets into apartments, planes, and other places where pets are generally barred—without being charged customary fees, not even a pet deposit. Instead of paying hundreds to transport an animal, a certification that costs as little as $35 allows travelers to sit with their pets on a plane. “Diagnosis” of their medical condition can be done through an online test or brief remote interview with a therapist. According to The Miami Herald, Delta flew a quarter of a million service or support animals in 2016, a 150 percent jump over 2015. United carried 76,000 emotional support animals in 2017—77 percent more than the year prior.

The problem with this situation is multi-layered. First, this means hundreds of thousands of people are cool with committing fraud. Second, there’s no regard for the impact on other passengers who may be allergic or afraid of dogs. But that’s not the worst of it. People who legitimately require a service animal have reported being treated with more hostility and suspicion because of all the fakers demanding that their unruly pets be allowed into restaurants, museums, and airplanes.

Many legitimate service animals have been trained to sit calmly in a public place or on a public vehicle, to cope with large crowds, or with strangers approaching them, and to only relieve themselves when given permission. Emotional support animals haven’t. They’re thrown into foreign situations with thousands of strangers and expected not to whine, bark, bite, pee, or poop. But given the stressful circumstances and lack of training, they often do all of the those things.

People who legitimately require a service animal have reported being treated with more hostility and suspicion because of all the fakers demanding that their unruly pets be allowed into restaurants, museums, and airplanes.

Gillian Lindt, a blind passenger, was appalled when a woman with a rambunctious dog sat down next to her and suggested their two dogs play together. Lindt had to explain that her dog was working and knew better than to play while in harness. One passenger tweeted about a flight from Los Angeles to Philadelphia having to make an emergency stop in Kansas City because people became sick after a large dog defecated twice in the aisle. In several cases, dogs have bitten or full-on attacked other passengers, crew members, or other trained service dogs who know better. One man had to have 28 stitches on his face after being attacked by a Labrador. He was sitting next to the window and couldn’t escape the dog’s attack.

Taylor Garland, a spokeswoman for the Association of Flight Attendants union, said emotional support dogs can pose a genuine safety risk to everyone on the plane: “There’s a security issue — any kind of chaos in the cabin, the crew has got to worry that it’s a diversionary tactic for something much worse.”

People in customer service roles are often forced into challenging situations when confronted by entitled customers. Patricia Marx, a writer for The New Yorker, paraded a series of animals—including an alpaca, a turtle, a turkey, and a pig—through all kinds of venues and found to her amazement that all she had to do was act entitled and most people caved to her demands.

If entitled customers are more likely to be dissatisfied, it bears asking: is it better to appease and enable that entitlement by conceding to what the customer wants, when they want it, or is there another, better strategy with which to enable your customer service team? In this age of providing personal, “me” experiences, it’s a good idea to make sure that your company has clear policies in place to guide employees in customer-facing roles—not just about what they can do for the customer, but also about their own rights to turn away a rude or unreasonable customer.

One step better: look for opportunities to create policies that are good for the whole community, not just for the individual customer. For example, Lyft has begun investing in carbon offsets to counter the environmental impact of its service.

Finally, when dealing with an unreasonable customer who is outraged because something didn’t go their way, it might help to remember what scientists uncovered: The people made most miserable by entitlement are the entitled themselves.

Winning with digital: A CX Moment with The New York Times

Zendesk sat down with Jeff Shah, VP of Customer Care at The New York Times, to learn how his team solves problems for millions of readers around the world.

A healthier outcome: A CX Moment with Inovalon

5 ways to maintain brand loyalty beyond the holidays

Get expert tips to build your business after the holiday rush.