Dorm Room Movers is a one-stop shop for storage, moving, and shipping services whose cutting-edge conversational CRM is powered by Zendesk messaging. Using a true omni-channel approach, the team can offer up-to-the-minute high-volume information to its Gen Z and millennial customers and parents in the channels they use most: mobile messaging and social media. Agents typically reply in less than 10 minutes because of the innovative leveraging of Agent Workspace to organize real-time and asynchronous conversations. Pulling all this together with a cutting-edge configuration helped drive an increase in conversions and an improvement in SLA adherence. 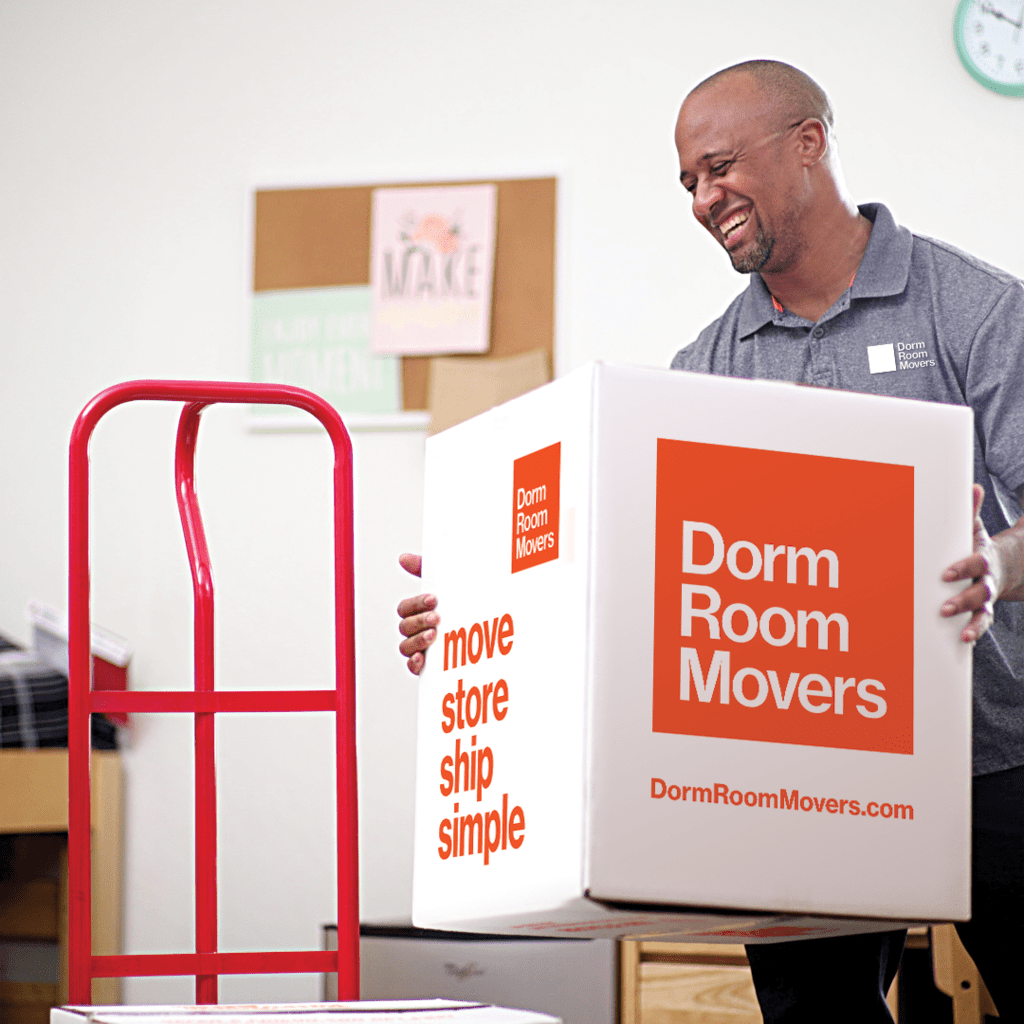 “Zendesk keeps support tickets organized so we can easily filter customers. The team can send out mass messages all at once via Sunshine Conversations instead of manual one-offs to communicate, track customers, and send updates in a timely manner.”

"Zendesk messaging gives customers a right-now feeling that someone is paying attention to their needs, which builds positive relationships."

Moving day can be an intense time for college and boarding school students and their parents, whether the goal is moving off campus or storing belongings for a semester abroad. Dorm Room Movers aims to make those transitions easier by providing a one-stop shop for shipping, storage, and moving services.

Since launching in 2007, Dorm Room Movers has successfully moved over 85,000 college students across the United States. Students and parents can connect with the company’s support team by email, messaging, text, voice, and through social media on Facebook, Instagram and Twitter. On average, the company’s 15+ messaging agents engage in up to 1,000 messaging conversations per month.

Communicating with tech-savvy millennials and Gen-Z

With demand for its services on the rise, Dorm Room Movers needed better ways to deliver real-time communication to its young demographic—for millenials and Gen Z, this meant mobile messaging. The company also added Zendesk messaging to its website, with options for self-service and help center article suggestions for seamless bot-to-agent handoff.

As Supervisor of Production, Steve Lacoss is driving leading-edge Zendesk customizations at Dorm Room Movers. He was initially drawn to the company’s goal of delivering friendly and reliable service. Though new to Zendesk when he joined the team, Lacoss quickly figured out how to use the platform. “Drawing on my past experience as an agent, I created a Zendesk setup that would help customers and agents get the information they needed as easily as possible.”

An easy move to omnichannel CX

Without writing a line of code, the team transitioned to an omnichannel Zendesk CX system, which significantly shifted the ticket volume toward messaging. Customers could now reach Dorm Room Movers in the channels most native to them. The team also deployed a self-service help center on the company’s website.

Today the team can actually get more done using fewer agents because of the Zendesk efficiencies and self-service options the team has built into the system.

A major challenge the team had before rolling out Zendesk Suite was tracking customer conversations across separate email, phone, and chat systems—agents had to switch between dashboards to view and respond to each message. The team now uses Agent Workspace to group customer interactions as live conversations, active, or waiting on response, which cleverly solves the problem of managing real-time and asynchronous conversations.

Pulling everything together in Agent Workspace meant the Dorm Room Mover’s support team could provide faster and more personalized service. “Zendesk has simplified and streamlined support so messages from all channels come into one place. Agents get a full picture of the customer issue and can move conversations to the next level without asking customers to repeat their story,” says Lacoss. 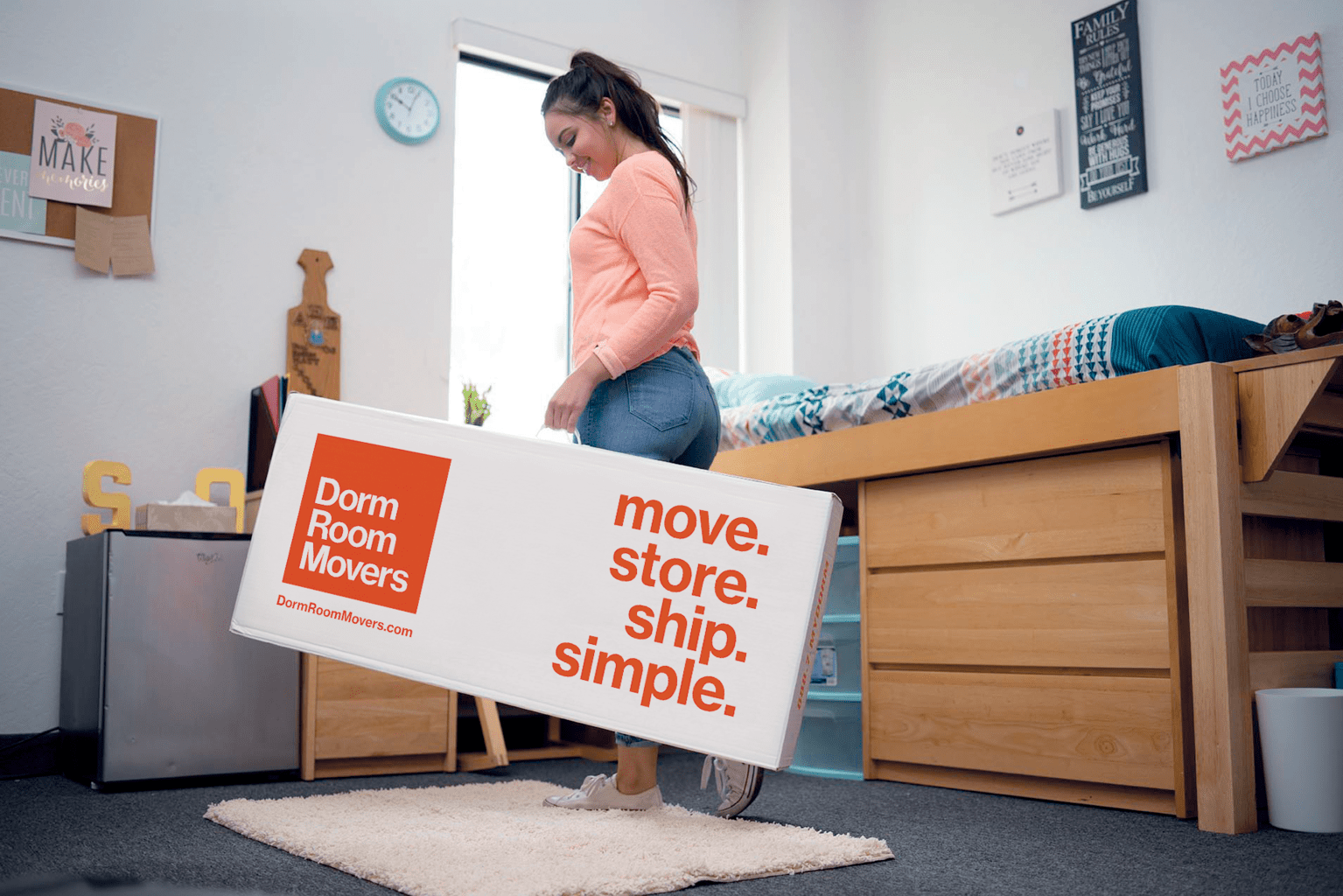 A look inside the move from chat to messaging

Dorm Room Movers relies on up-to-the-minute communications to deliver the best customer experience, so messaging is a top priority. When the team was still using a legacy email system and Zopim as a chat host, conversations that started outside business hours used to drain SLAs because agents were not able to respond right away.

After migrating to the new Zendesk Suite, Lacoss helped the team open text messaging as a new channel with Sunshine Conversations.

Agents now work from a live chat format, with requests coming in through web, email, and text. A third-party company pushes out all sales and marketing campaign messages via Twilio SMS, allowing customers to respond via text. There is also a web chat widget which customers can use to hop on the website, chat, and ask questions via Answer Bot.

Turning conversations into conversions with messaging

Being able to host and manage real-time conversations across different channels has been a game changer for Dorm Room Movers.

“The support side is the biggest concern, because we’re interacting with movers, coordinating a time window, and sending updates by the minute. Zendesk messaging gives customers a right-now feeling that someone is paying attention to their needs,’” says Lacoss.

“The sales side is all about building a relationship with the customer, responding to and asking questions, and educating them on our services,” he adds. Even when the customer takes a day or two to respond, Zendesk messaging enables agents to pick up the conversation thread exactly where they left off, with all the ticket details visible so the connection never feels interrupted.

The team discovered a cutting-edge way of interacting with customers, by holding live, asynchronous conversations instead of sending one-off emails. It’s an impressive feat that is already driving efficiency.

“Our satisfaction scores have substantially improved year over year from 77 percent in 2021 to 85 percent in 2022. We believe a live conversation should be responded to within two minutes,” Lacoss says.

This unique Zendesk configuration enables Lacoss to test solutions most people haven’t tried yet. Next on his list? Understanding second reply times in a conversation.

Late spring is the peak season for Dorm Room Movers. “Messages are flooding in, phones are ringing off the hook, and customers are a bundle of stress and emotion,” says Lacoss. Staffing can quickly jump from five agents to 60 agents to meet the demand.

Even with a prepared team, unexpected situations can test the CX system. Lacoss recalls one clutch moment when a moving truck broke down, and concerned parents were opening tickets on three or four different channels.

On the legacy CX system, the team would’ve had to send individual texts and emails to the affected customers, a mammoth task when the clock is ticking and tensions are running high.

“With Zendesk messaging, agents are able to group everyone affected and proactively push out batch updates in real-time instead of sending 25 messages over the course of two hours,” he says.

Lacoss appreciates the platform’s flexibility in a fast-paced business. “Zendesk keeps support tickets organized so we can easily filter customers. The team can send out mass messages all at once via Sunshine Conversations instead of manual one-offs to communicate, track customers, and send updates in a timely manner.”