The innovative storage space service gains a 360-degree view of its customers, improves CSAT 11%, and shaves hours off reporting after moving from Kustomer to Zendesk. 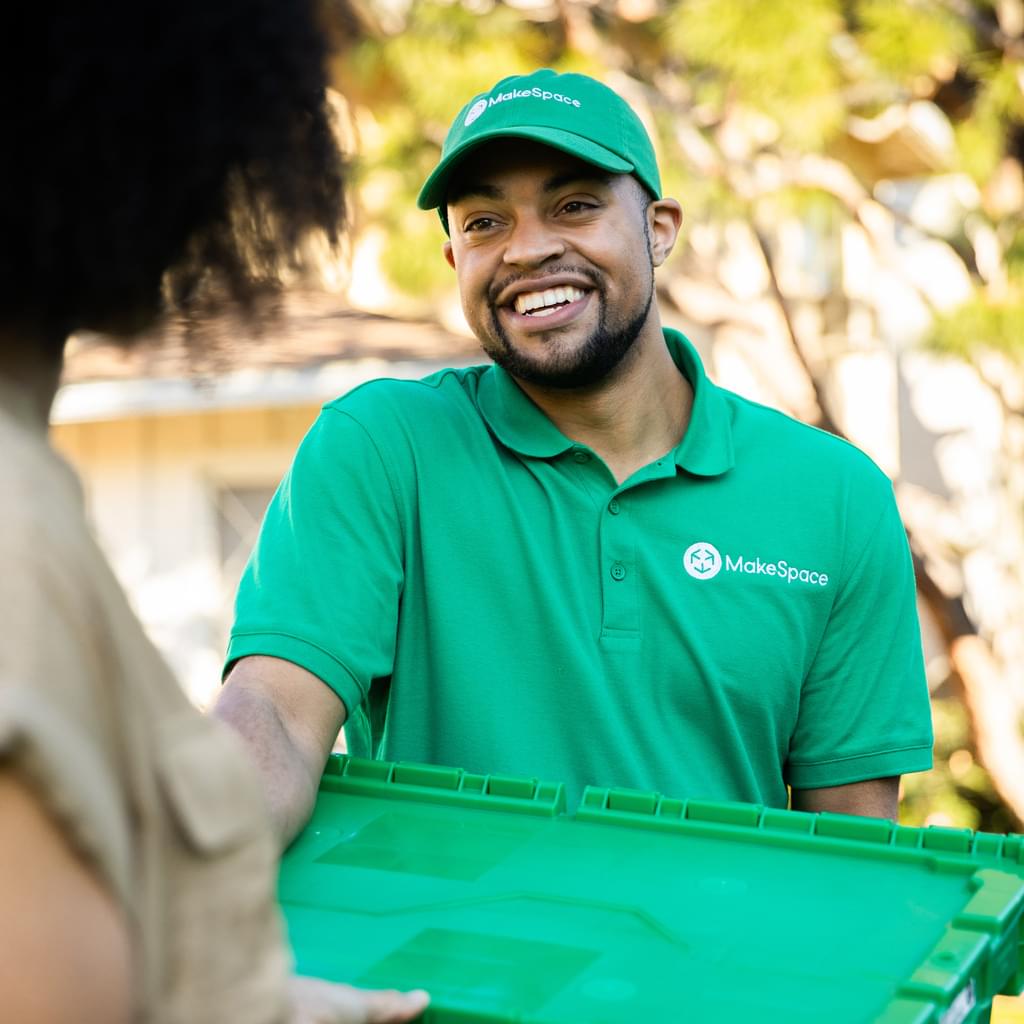 “If you have someone on your team who has the bandwidth to really dive in and think about features and optimizations, a platform like Zendesk ends up being much more helpful than a younger company where there’s just less features.”

“The way it happened, we pretty much only looked at Zendesk. The thinking was, if we’re going to move, it should be to Zendesk because I don’t want to move to another younger company, another startup, and then just be in the same position that we’re in two or three years from now.”

When Hurricane Sandy hit the Caribbean, the eastern United States, and Canada in 2012, a group of friends found that they were all struggling to figure out how and where to safely store their belongings. What they discovered was that self-service storage was a cumbersome, antiquated experience that had the customer shouldering all the burden: packing, lifting, hauling, putting it all away, and taking everything out again. They wondered what self-storage could look like if the system were modernized. That’s when MakeSpace was born.

“We are living in a world where increasingly there is this crisis of space. The average apartment size is getting smaller. People are fighting these internal, civil, personal conflicts over their available space,” said Matt O’Dowd, vice president of MakeSpace. “As MakeSpace expands in both its scope and maybe the products and services we deliver, we really want to put ourselves in a position where we can solve all of the problems of stuff and all those tensions that exist at the intersection of space and stuff.” 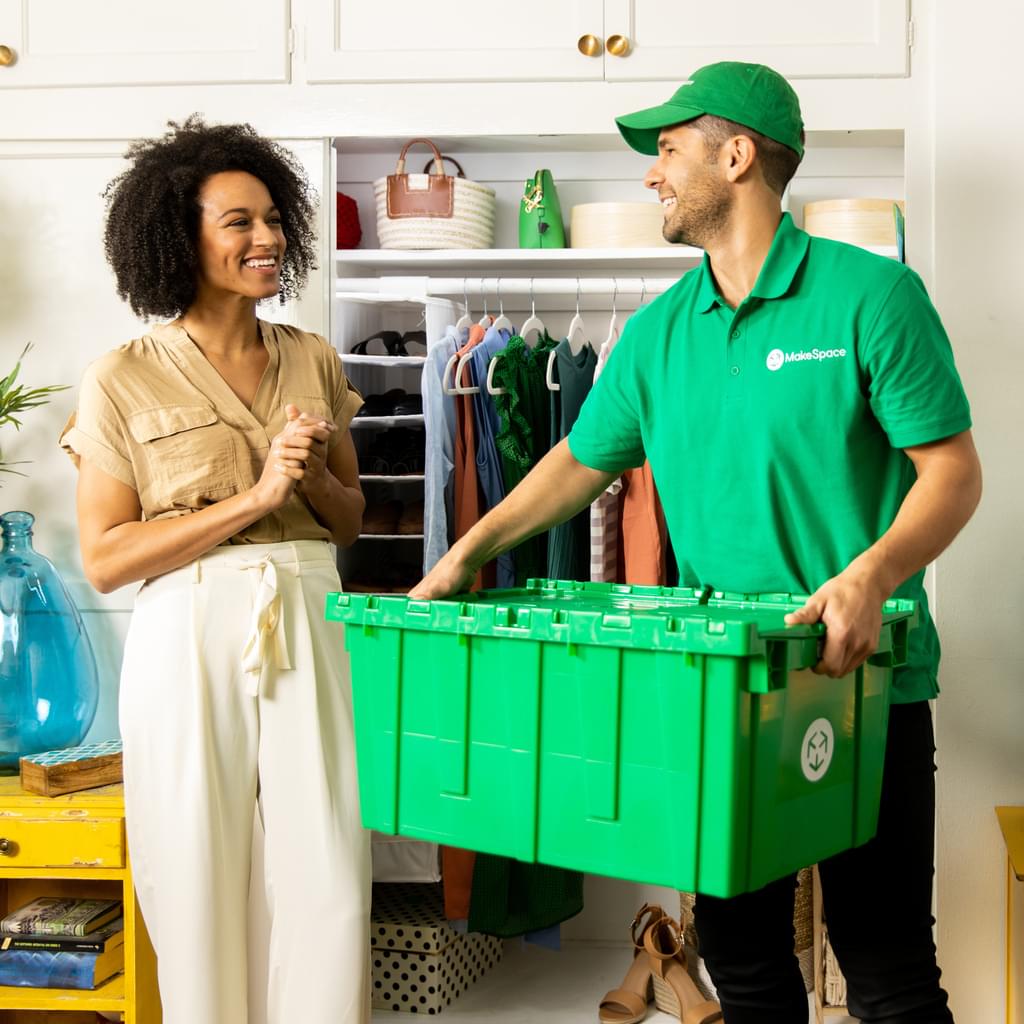 The idea was simple: an on-demand, tech-enabled storage solution. “The way the product and service works now, effectively it is a struggle-free storage product,” said O’Dowd, who points to how a MakeSpace team member packs and loads a customer’s items and then transports the items to a secure storage unit with 24/7 monitoring. “Then when you need something back, you open up your app and you can select everything or specific items. You never have to physically visit a storage unit again unless you absolutely want to.”

In the startup’s earliest days, co-founder Rahul Gandhi drove around in a van, performing pick-ups and deliveries himself. The company has come a long way since then. With 32 customer care agents and 23 service areas across the United States and Canada, MakeSpace has a lot more people to help these days.

From big moves to divorces and other big life changes, MakeSpace keeps the often stressful circumstances around self-storage front-and-center when helping customers. “At a high level, we’re dealing with customers a lot of times when they’re going through something that’s really stressful,” says CX Operations Manager Sean Benedict. “We’re dealing with people when they’re probably not at their best and they have a lot going on, so we want to make the experience as easy and convenient as possible.”

MakeSpace had used Zendesk prior to May 2017, but because the team members who had set up the solution were no longer with the company, Benedict and his colleagues weren’t able to reap its full benefits. They decided to try a new platform, and eventually switched to Kustomer, which offered a low price point, a simple user interface, and a customer history tool. Kustomer also promised to incorporate MakeSpace’s feedback and suggestions. However, despite the company promising a high-touch, personal experience, MakeSpace found that after initial setup, Kustomer became largely unresponsive. 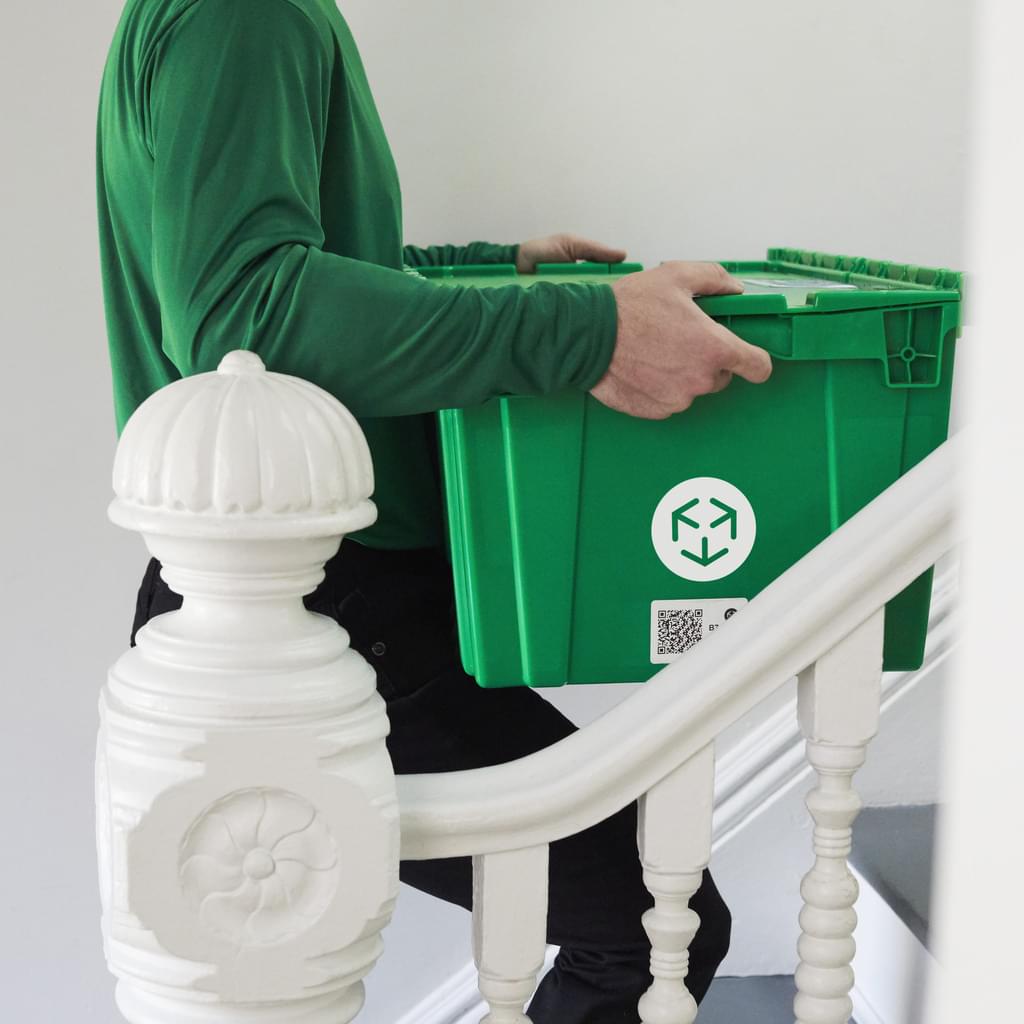 Along with these communication pains, the MakeSpace team was not empowered to make changes to the tool itself. “We were trying to create a workflow for our billing team so that they can live in Kustomer, and some of the custom work that had to be done, it’s not something we were able to do on our end because we didn’t have the self-help resources to know how to create something from scratch,” Benedict said. “Then trying to work with Kustomer to do it, they basically just wanted us to outsource it to them and pay them, whereas we kind of wanted to do it internally since we thought we could.”

There were issues with Kustomer’s functionality, too. MakeSpace had rolled out chat to reduce costs per request, but the tool’s notifications were hard to detect, increasing the amount of time a customer would spend waiting for a response. Telephony data wasn’t well integrated, and reports had to be built manually, wasting at least one to two hours of weekly leadership time.

MakeSpace’s CTO met with the Kustomer account team to get help. “We went over some of the challenges we had and some feature requests. They were going to come to the office, and we were going to try to work on the future requests and some of the workflow optimizations. But we never heard back from them,” Benedict said.

MakeSpace was only able to get a response when they notified Kustomer that they’d be moving off the platform.

The return to Zendesk

The switch from Kustomer back to Zendesk happened fast. Benedict and his team didn’t evaluate other vendors; they already knew that they needed a reliable, robust system customized to their unique needs, and they felt Zendesk was the strong industry veteran that would get the job done.

“The way it happened, we pretty much only looked at Zendesk,” Benedict said. “The thinking was, if we’re going to move, it should be to Zendesk because I don’t want to move to another younger company, another startup, and then just be in the same position that we’re in two or three years from now.”

Additionally, he said, “If you have someone on your team who has the bandwidth to really dive in and think about features and optimizations, a platform like Zendesk ends up being much more helpful than a younger company where there’s just less features.” 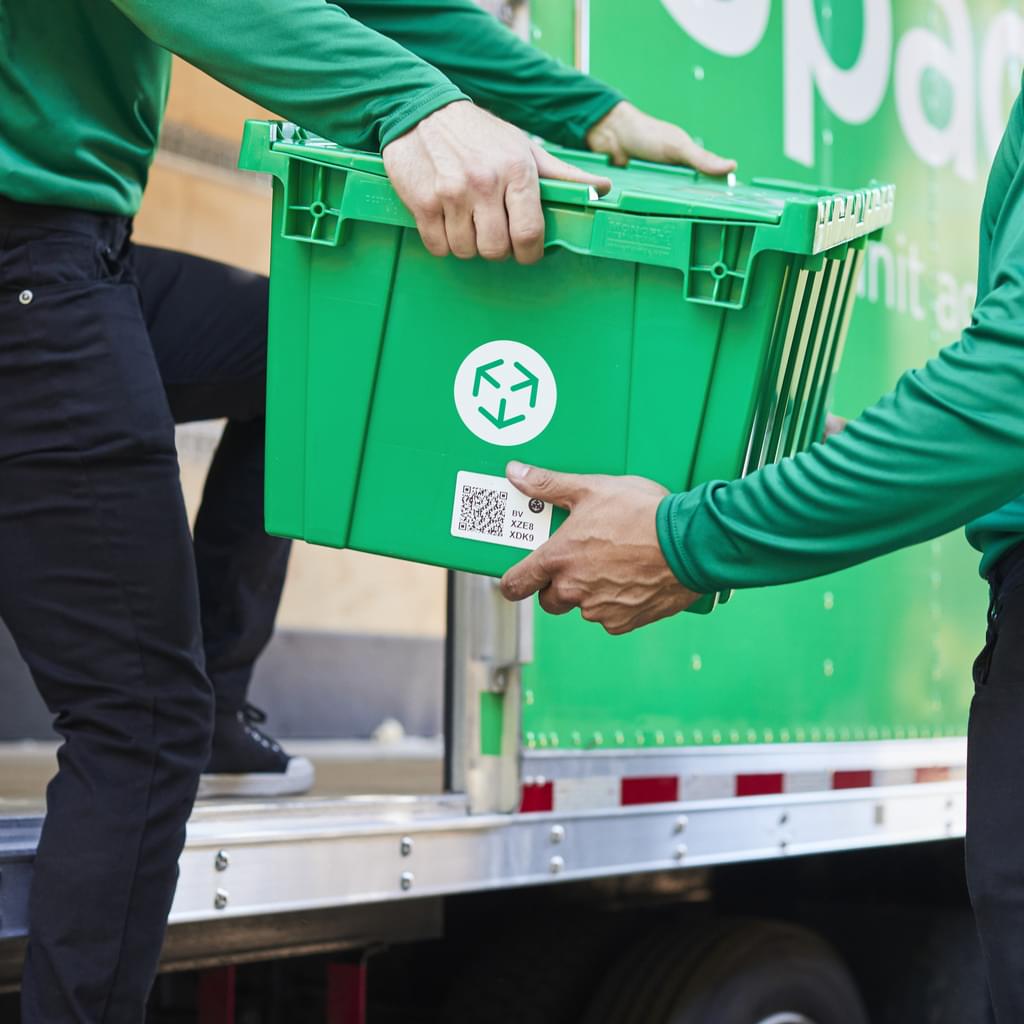 Because MakeSpace had worked with Zendesk before, the team was able to look back at its historical data, note what to keep from the old system and what needed improvement, and update the license to fit the new needs of the business. The company opted for Support, Talk, Guide, Chat, and Sunshine, while also requesting that Zendesk’s professional services team build a custom app. The Zendesk implementation consultant, Maggie, was “really responsive and supportive,” Benedict said. The process went smoothly, and in just three months from contract signing, the company was able to go live within the planned time frame.

Since moving over to Zendesk, MakeSpace has seen its value in key areas: agent experience, ease of configuration, a 360-degree customer view, and proactive customer engagement. All of this was made possible with a more powerful platform and a strong relationship with the Zendesk team.

MakeSpace is using Zendesk data to see why certain customers are unhappy with their move and why they reach out for support. It then proactively gets ahead of common challenges by deploying SMS communication through Connect. The result? Improved customer preparedness, resulting in quicker moves, fewer follow-up appointments, and a decrease in no shows, saving the company time and money while also improving customer experiences. 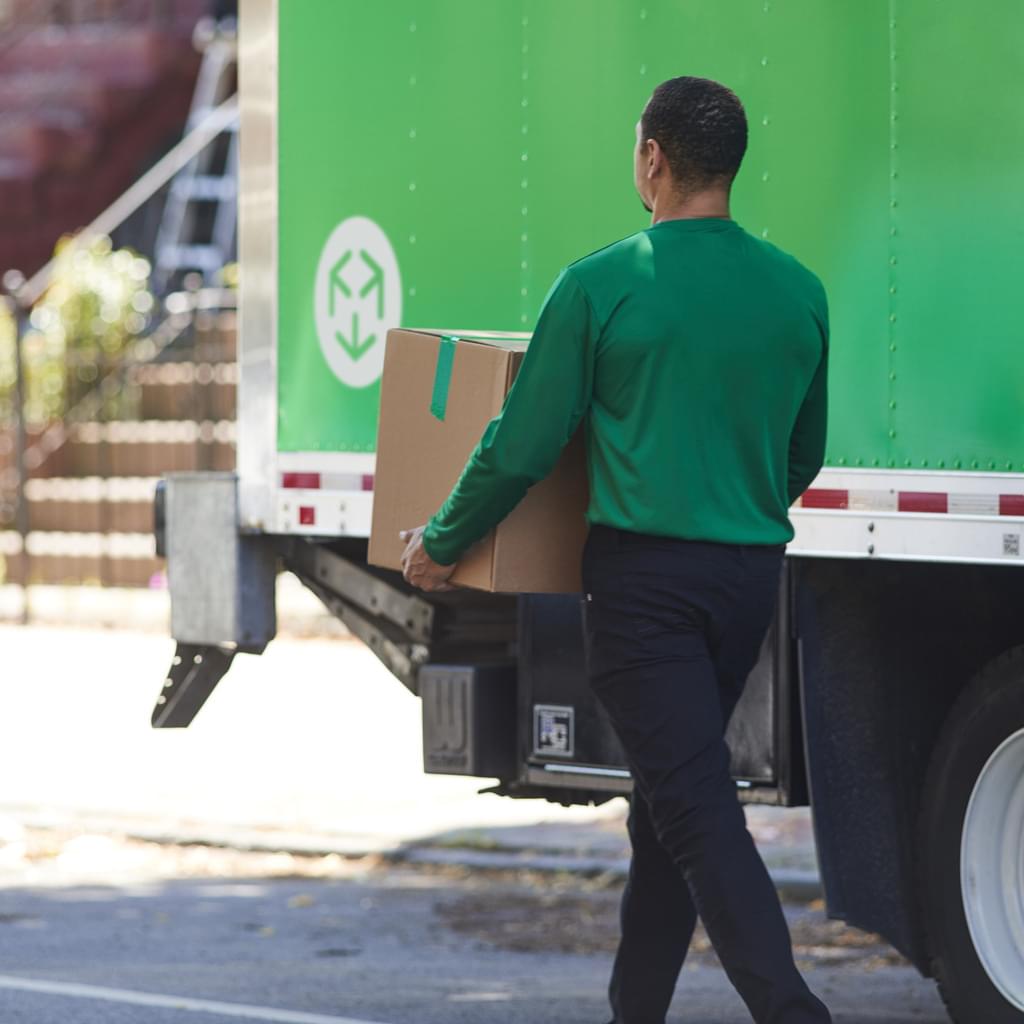 Zendesk’s omnichannel agent experience proved to be much more efficient than Kustomer’s glitchy UI, and that has resulted in improved response and resolution times and an 11% CSAT improvement.

Plus, with Sunshine, customer events—such as completed bookings or filed claims—are integrated into the agents’ workspace so they pull up a 360-degree view of any customer.

The way Zendesk was optimized for MakeSpace’s needs certainly gave the business a boost in efficiency, but another huge benefit was the ability for the company to make changes on its own. MakeSpace needed to be empowered to customize its workflow as needed, and when it launched the Seasonal Closet service—a storage solution for summer and winter clothing—it was able to make those changes so customer service could roll with any new features coming down the pipeline.

After its struggles with Kustomer and eventual switch back to Zendesk, MakeSpace has found its customer support groove. It now has access to a powerful, customizable tool to fit its ever-changing needs—and in Zendesk, a partner that has proven that it will go the extra mile for its customers.

“From our past experience, I’ve learned how important those relationships are and to make sure that we’re continuing to build on those. There have been times where people from Zendesk have reached out to me to do interviews or to help with something, which I’m always happy to do. Then when we reach out, either to support or to specific people, we always get a response. I think it’s really important to keep that relationship strong for both of us.”