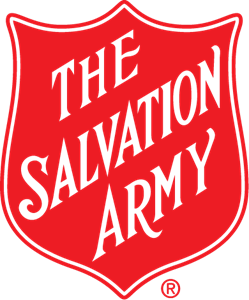 For a while, it looked like the Salvation Army was making headway in its battle against poverty as the United States began to recover from financial crisis. From 2010 to 2014, the number of Americans seeking help with food, housing, medical assistance and other essentials steadily declined.

Then, in the middle of the decade, the organization’s 2016 Human Needs Index spiked 15 percent. That year the Salvation Army helped 24 million people with more than 55 million meals and 10 million nights of shelter. Even in periods of relative prosperity, the organization is tasked with meeting the needs and bettering the lives of millions of Americans.

Inside the nonprofit, there is always the challenge of scale—whether that’s in response to a natural disaster or, closer to home, serving the organization’s 67,000 employees from one of the organization’s regional offices. Katina Durrent is the Assistant Director of IT Support for the Salvation Army Western Territory, covering 13 states and 5,500 users. In her role, Durrent manages the support systems and technicians for the territory—covering any technology need, whether that’s hardware or a social service app or contact database.

Until mid-2016, Durrent’s team was using an in-house system to handle the myriad requests for IT support. The team was running into two key problems: the in-house tool was cumbersome and a small change could take weeks to implement; it was also difficult for employees to self-serve and resolve easily handled requests. Durrent knew there was an opportunity to find a more efficient solution and, more specifically, wanted to implement a feature rich help center that could serve as a knowledge base not only for IT, but for the entire organization.

“Our vision was to get all the departments on board so that all the documentation they needed was in one place, whether it was an organizational chart, instructions for adding a signature to Outlook, or a step-by-step guide to using the donor system,” Durrent said.

After reviewing solutions like ManageEngine, Crow Canyon Software, ServiceNow, and Freshdesk, Durrent recommended Zendesk Support and Zendesk Guide as the best combination of features, functionality, and value. She was particularly impressed with Support’s reporting functionality, and she liked how the web widget made it easy to embed features into any web page.

Durrent started rolling out Zendesk Support and Zendesk Guide across the organization’s western territory in June 2016. “Getting Zendesk set up was really easy,” she recalled. Durrent spent a day meeting with the Zendesk Professional Services team in San Francisco planning the deployment and figuring out the appropriate ticket fields, ticket forms, and organization fields needed to represent not only the many departments and divisions, which is how the Salvation Army refers to different states, but also 600 different locations within the states.

Durrent planned two integrations. She needed to immediately synchronize Zendesk with Microsoft Active Directory, where user identity information was stored, and she also wanted to connect a Cisco phone system using Zendesk Talk Partner Edition so that tickets could automatically be created from incoming calls. Durrent said the implementation took a few weeks and then the launch date was upon her. She called a go, no-go meeting at the territorial headquarters in Long Beach, California for the team working on the project. “We made sure everything was good to go, and then we pulled the trigger in the middle of the night,” she said.

Durrent had prepared some videos and how-to articles for the 101 agents she needed to onboard. She had also planned a light training session for them via Skype in which she walked them through different ticket scenarios and made sure they were familiar with different views. While most of the agents were assigned to provide IT support, Durrent also needed to train agents in Finance, Human Resources, and Purchasing, as well as at the Kroc Center, which offers recreational activities to low-income people around the country, and Community Relations, which handles donations.

“All of the agents picked up on Zendesk really quickly,” she said. “It went really, really well.” To prevent confusion among agents not in IT, Durrent used agent permissions to restrict IT-related tickets to the IT department. She also assigned IT agents a triage role—they examine tickets as they come in to determine priority. The division of labor has worked like a charm.

With agents up and running, Durrent turned her attention to the knowledge base. Departments like Property and the Adult Rehabilitation Center wouldn’t need to process tickets, but they had valuable information to share with the rest of the organization. Durrent identified certain users as “guide managers” and also came up with a tagging system to ensure that regular users wouldn’t get overwhelmed by stumbling across technical information that did not apply to them. Contributions to Zendesk Guide began to grow, just as she hoped they would, eventually reaching more than 1,300 articles. Durrent herself maintains the IT content, making sure that all documents conform to established styles and that everything is categorized correctly.

Now, well over a year after implementing Zendesk, Durrent could not be more proud of her team. In October of 2017, the IT department alone received 6,505 new tickets. Of those, 6,298 were solved, the majority within the organization’s internal SLAs, which require issues that affect users to be solved in two hours and other tickets are closed within five days. Their customer satisfaction level of 99 percent is unbelievably high.

Zendesk has more than met her expectations, Durrent said, chuckling over a recent exchange she had with her boss. He asked her to make a change to the system, and she replied, “Oh yeah, I can get that done in a couple of hours.” He was dumbfounded and said, “In our old system we would have had to outsource that to a developer and wait for weeks.” She replied, “Not with Zendesk. I can do it right now.”

Like many Zendesk users, Durrent has developed an appreciation for certain apps. Among her favorites are the Five Most Recent app, which shows the last five interactions a user has had with support.

As the holiday season approaches, Durrent is considering installing the Cheerleader app, which sends messages of encouragement to agents. October and November are a particularly busy time for the Salvation Army support team as the organization gets ready for its annual Red Kettle Campaign. Last year some 25,000 bell ringers raised $146 million. To help the effort, Durrent recently began to promote Zendesk Guide articles about how to set up a local bell ringing campaign.

Durrent has seen a lot of change in the organization over the years. In fact, she’s seen the Salvation Army through 17 Christmas’s since she first responded to an ad in the newspaper and joined the organization as an entry-level support technician. She initially thought she’d spend a few years in the job, learn something, and move on. But instead, she finds after all these years that the job still moves her. “The people are my favorite thing—working as a group and learning from each other,” she said. “Even though I’m not out there in the front lines feeding firefighters or helping a woman and her kids at a service or daycare center, I know that my team can help the people in the field and make it easier for them to provide help to those who need it most.”

“With Zendesk Guide, everything we need is in one place—from an org chart to instructions for setting up a new donor in our system. Zendesk Support allows us to collaborate, report on our resolution time, and even suggest article to help people resolve issues faster.”

Start your demo with Zendesk today