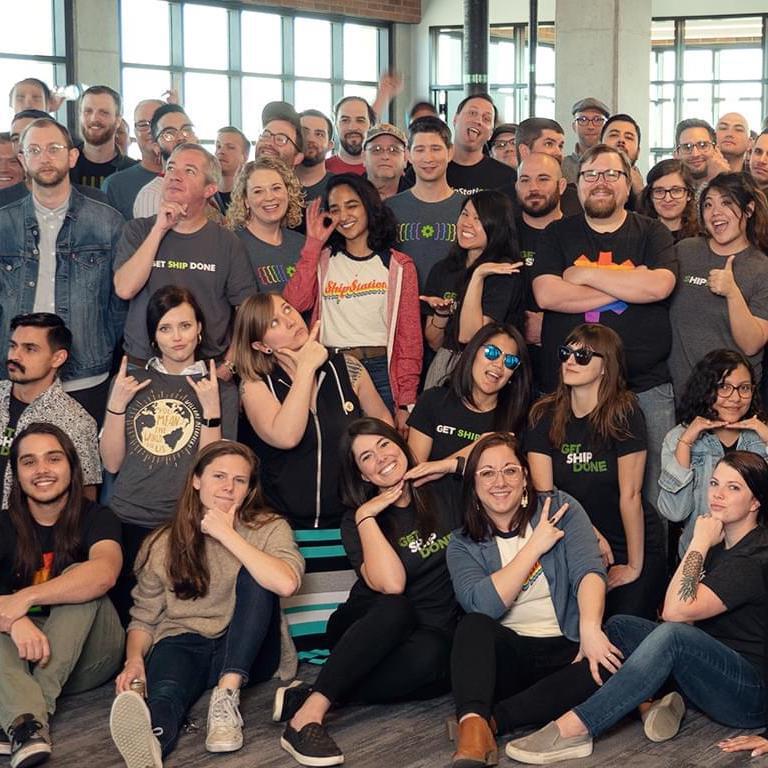 “We always try to instill within our representatives that the size of the company doesn’t matter. What matters is that we get the customer to where they need to be and try to help fulfill dreams.”

Director of Worldwide Support at ShipStation

“We’ve been able to cut down our training lead times because there’s so much data in Support—if they can’t find it in the help center, they’ll find the answer in Support.”

Director of Worldwide Support at ShipStation

It’s Valentine’s Day 2019, and Erez and Mazzi Peled of Latika Body Essentials sit transfixed as they watch orders pop up on the dashboard set up by their shipping partner, ShipStation. After a dozen years making soap and other bath products—first as a hobby and then as a growing business—the Peleds had landed a coveted spot on Good Morning America’s “Deals and Steals” segment, and as the nation watched, time zone to time zone, orders began to roll in.

For a business accustomed to receiving 5 to 15 orders in a typical day, Latika Body Essentials suddenly faced the daunting task of fulfilling more than 2,000 orders—an increase of 13,000 percent. But the Peleds were ready: they rented extra warehouse space, hired a crew of six temporary workers, and had a secret weapon at their side: Ryan Morgan from ShipStation.

“We started researching what to do for fulfillment because Good Morning America wanted us to drop ship everything,” Erez Peled said. “We have a warehouse and a dedicated team, but shipping thousands of orders in two business days? We either had to give up or take it as a challenge.”

Just as important, emphasizing customer service has paid dividends. “When we first started, We gained customers’ trust by providing clear and timely support.”

After careful consideration, the Peleds decided that they were up to that challenge. When Erez Peled reached out to its longtime shipping partner, ShipStation—which, like Latika Body Essentials, is based in Austin, Texas—the company sent Morgan to help plan the packing area, tweak ShipStation’s software with specific presets and automation rules, and impart advice learned from helping other customers in similar situations. Morgan’s expertise and willingness to roll up his sleeves enabled Latika Body Essentials to save large amounts of money on shipping costs. “If you make a mistake by shipping a certain type of order at a different type of rate, the mistake is compounded when a thousand orders ship that way,” Erez Peled said. “If you don’t do it right, you can lose all your money on shipping costs.”

Getting shipping right has been ShipStation’s mission since 2011, when it began offering web-based software for e-commerce businesses that needed a streamlined, cost-efficient platform for getting their products into customers’ hands. Yet while ShipStation’s software and developer APIs have been created to do just that, the company’s focus on personalized customer service has been the key to its success.

“It doesn’t matter the size of the company—what matters is that we get them to where they need to be and help them fulfill their dreams,” said Delano Mireles, ShipStation’s director of worldwide support. “We instill that in our training and in our culture here. It’s sappy, but the coolest emails we get are the ones that say, ‘You changed our lives. I used to spend five or six hours doing the shipping thing, but now it takes me half an hour, and now I have time to play with my kids.’”

ShipStation’s focus on creating and nurturing a customer-centric culture has remained constant, but it hasn’t always had the right tools in place. The company’s first foray into customer service software, with Desk.com, proved frustrating for an organization bent on using data to improve its performance. “I could run a report literally one minute after another, but could not get the same numbers despite running the same parameters,” said Mireles, who has been with the company for six years. “I was never clear on what the actual metrics were. I needed access to data and to be able to run reports myself, without a developer or data team.”

Getting those answers proved to be a breaking point for Mireles and ShipStation—as the company grew from its hyper-agile startup days to its current state, it needed an omnichannel customer service platform that would help the business put new processes in place and generate actionable data that would guide hiring decisions. The team decided to go with The Zendesk Suite, which combines the integrated Support, Guide, Chat, and Talk products.

“When I took over the team, I couldn’t figure out how many people we needed to grow because of the limitations that I had with the previous tool,” Mireles said. “Once you get into the mode of, ‘Let’s put in processes and make sure people understand what they can and can’t do,’ then having a solution like Zendesk is key to enabling us to do what we want to do.”

Data makes all the difference

Being able to pull data helps Mireles gauge when to ramp up and down staffing. “Because we are tied so closely to retail and e-commerce, we are very seasonal,” Mireles said. “Zendesk allows me to know how long it takes to train an agent, make them efficient, and get them to the point where they really know the product, which ends up being six months. Today I was looking at the stats and saw that we’re up 40 percent year over year in interactions. What that tells me is that now I need to start planning for the rest of the year.”

ShipStation puts The Zendesk Suite to use for three teams: general customer support, pre-sales (a team that relies heavily on live chat), and ShipEngine, a team and engine that allows developers at e-commerce companies to integrate ShipStation’s services and functionality directly into their sites or apps. While taking care of the company’s customers remains paramount, maximizing efficiency also drives the team. ShipStation’s customers often prefer self-service over sending an email or getting on the phone. “A lot of times our customers don’t want to chat unless they really have to, so having tools like our help center allows them to find the answers that they need without having to actually engage with someone,” Mireles said.

Big results from switching to Zendesk

Before implementing Zendesk, ShipStation noticed a troubling trend: when customers did choose to chat, they abandoned sessions at a rate of 22 percent, a statistic Mireles and his team knew needed to change. After switching to Zendesk, the company saw a dramatic decrease in chat abandonment—and in 2018, the numbers over Christmas showed just how much improvement had been achieved. “During Christmas, our busiest time, our abandonment rate was about 1.4 percent,” Mireles said. “Having a tool like Zendesk Chat just drives that whole sense of efficiency. A submantra we have here is just common sense and urgency. It’s a cliché, but it’s about empowering your agents.”

In the competitive world of e-commerce shipping, ShipStation continually refreshes its self-service content, ensuring that its knowledge management team creates and curates information that is both accurate and consistent with the company’s voice. Meanwhile, ShipStation has begun taking preliminary steps to move away from its clunky custom CRM app toward adopting Zendesk Sunshine. That constant search for better ways to serve its customers comes as no surprise to Erez Peled.

“ShipStation gave me a lot of confidence in what we can do here,” said Peled, who notes that the shipping error of margin for the GMA event was a scant 2.5 percent. “I know that they’re always working on new things, it’s constantly evolving and improving. We have similar philosophies as businesses: we’re not content with what we have, and we want to do better.”