How to make a soundtrack for your life 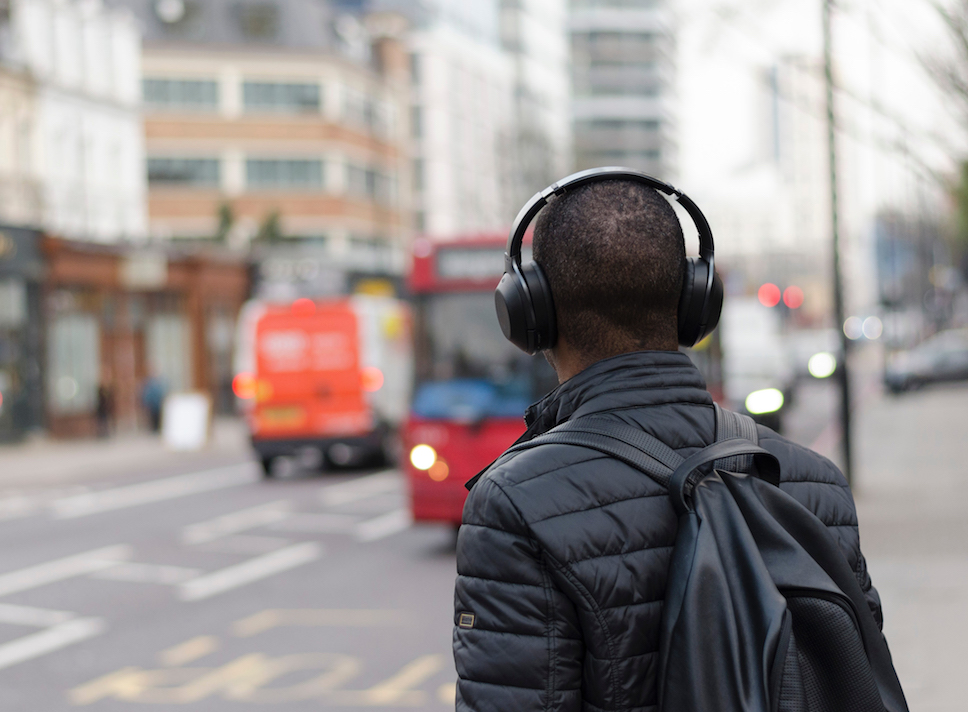 That’s a shortlist of my listening habits from diapers to early adulthood.

One night at a vegan potluck in Richmond—tofu stir fry on the vintage Formica table, the scent of unwashed punk wafting in the humid summer air—I had an epiphany. Many of my friends in hardcore bands were infatuated with decidedly non-punk artists like Willie Nelson and the Indigo Girls. Could there be life beyond my 15 favorite hardcore records? A quest was born.

The results have been companion and chronicle. A six-week writing sabbatical in San Francisco in 2004, the cross-country move it later inspired, crushes and LTRs, subway rides and midnight Brooklyn bike treks, the deaths of my grandparents… I link specific artists and albums to all of it.

But isn’t the soundtrack of our lives ruled by fate, or at least Billboard? Yes and no. You can’t fall in love with anything, human or sonic, if you don’t open the right doors. What follows are some keys.

Today mixtapes are usually independent releases from hip-hop artists. Going back a few decades, though? It was all about ephemeral spools of magnetized film. Two ounces of absolute impermanence, cassette tapes would melt in a hot car or get their innards twisted like a bird’s nest in your Walkman. Your average enraged six-year-old could snap a tape in half with one sticky fist. Which made it exceedingly special when someone would laboriously choose a set of songs and use a two-deck machine to make you a mixtape. It also often meant someone liked you.

Which made it exceedingly special when someone would laboriously choose a set of songs and use a two-deck machine to make you a mixtape. It also often meant someone liked you.

Cassettes may rest in peace with the dinosaurs, but mixtapes have endured. And evolved. Dacus Thompson, a New Orleans-based writer, first started making his annual playlist in 2003, when he sent it to about 50 friends, “finding” all hundred songs via early downloading services, uploading them to Dropbox, and linking from there. “YouTube wasn't a thing, where you could just go and listen to any song,” says Thompson. “In those early days of going and searching the internet, it was much more like going to the record shop and flipping through the bins.” Now about 200 friends get Thompson’s list, which has always included majors like Kanye along with lesser-knowns like NOLA bounce artist Big Freedia.

It’s a gift for all his friends, but the work holds great meaning for him. “When I go back through and listen to any of the playlists, I’m flooded with memories. It's a scrapbook of music,” Thompson says. “That has consistently felt really good to have.” His scrapbook is mine, too, and a couple hundred other people’s, but we all have different memories.

For Thompson it’s created a certain sense of community, and also the sensation of planting seeds. “It is always really surprising and sweet if somebody responds,” he says. “It feels good to throw this out into the universe and not really know who's listening to it.” In fact, Thompson’s annual playlist has taken on a life of its own in ways that have at times stunned him. Once, at a bar in New Orleans, when Thompson was just visiting from Brooklyn, he met a guy. “He was like, ‘Oh, my God, you're Dacus.’ He pulled out his iPod. He only had like three playlists on there, and two of them were my playlists,” says Thompson. It turns out the guy was a friend of a friend, but Thompson had never heard of him. “It was shocking to see my name glowing on someone else's iPod.”

Yes, Spotify makes you all kinds of playlists. This is not, however, the fast lane to expanded musical horizons. “The algorithms are boring,” says Hite, also known as Julia Easterlin, a Georgia-born singer-songwriter now based in Brooklyn. Agreed. If you listen to three straight days of Frank Ocean, Spotify does not, say, recommend Elliott Smith, whom Ocean quotes on his most recent release, or The Cars, as a humorous nod to the artist’s obsession with all things vehicular. Instead it suggests three more days’ worth of artists that it thinks are like Frank Ocean. Where’s the snooze button?

Yes, Spotify makes you all kinds of playlists. This is not, however, the fast lane to expanded musical horizons. “The algorithms are boring,” says Hite, also known as Julia Easterlin.

Enter the YouTube rabbit hole. When I first moved to the Bay Area, I’d spend long Friday nights with another journalist, eating Pakistani food in front of his laptop in the Tenderloin neighborhood of the city. But we weren’t working on stories—we were listening to Brazilian music on YouTube. When one track ended, we’d scroll through the recommended list and hop-scotch our way through the continent of Brazil, across decades and niches.

For Hite, YouTube holes are a favorite way to get confused and inspired. She discovered jazz-influenced Ethiopian pop music “in the YouTube vortex.” Sometimes the vortex gets weird. “Once I ended up on a video of an amateur rapper from New Zealand. The song was called something like ‘You're such a f*****g c***’ and he truly was just like listing out ways that someone was a c*** and he was probably saying the word c*** like 10 times every single verse,” says Hite. She describes this as excessive but also fascinating. “I had a window right now into the life of a 17-year-old New Zealander who has these weird friends that made this low-budget video,” she laughs. “It's kind of cool, and it's also got a lot of angst and desire in it.”

The great Regina Spektor used to open for Tom Petty, and I first saw her open for someone in the anti-folk scene on the Lower East Side, in a room that held 150. Critically acclaimed but still on-the-rise acts like Bells Atlas and Xenia Rubinos continue to open for other bands. In an industry that’s continuing to rapidly shift, many artists rely on a tight ecosystem of ardent fans for survival, versus the old-school route of major-label deals. All sorts of diamonds are recording and touring, waiting to add you to their fold.

The headlining act that you know and love, and have gone out of your way to see, may have chosen the opener. That can give you insight into the musical tastes of the artists you favor. There’s immense value, says Hite, in exposing yourself to the unknown. The obvious reward is that you might suddenly find yourself with a new favorite band—and be the first to tell all your friends about it. “I super-duper want people not to skip the opening act,” says Hite. “I’m often the opening act.”

There’s immense value in exposing yourself to the unknown. The obvious reward is that you might suddenly find yourself with a new favorite band—and be the first to tell all your friends about it.

So show up early to the venue and see what the lesser-known artists are like. You can do this virtually, too. Keep an eye on your favorite artists’ social feeds, take note of who’s opening for them on tour, then check out those acts on your favorite music site or app. And next month, when everyone and their cousin is making a year-end “best-of” list, take the opportunity to do something a little different. Make a 50-song list of your own and email it out to 200 of your closest friends. Kick back and wait to see who opens their heart to you on iMessage and who blocks you on Facebook. Even better, get a group of friends to each make one. What you create can be truly personal—but no one ever has to know which song you played 12 times a day for eight months after your boyfriend died, or which one you howl out the shower window to rile up the squirrels.

The soundtrack for your life. Or my life, anyway.

The power of a culture built on gratitude

In his posthumous letter for the New York Times, Senator John Lewis could have chronicled his…

Millennials are hit the hardest by the loneliness epidemic, and here’s why

Millennials get a lot of flack for coming into the workplace and asking for more. They… 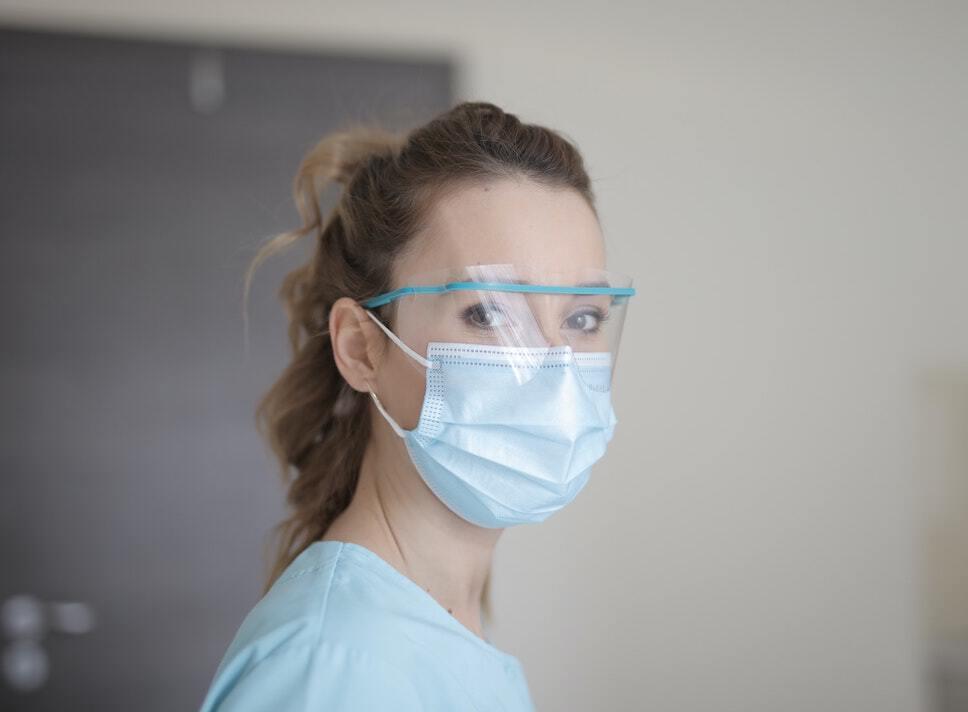 Before COVID-19, Design Institute for Health (DIH) at the University of Texas was already reimagining healthcare…